Monday, 31 August 2020_One person has been killed and several people injured in two separate explosions in the United Arab Emirates' capital Abu Dhabi and its tourism hub Dubai, police and local media say. 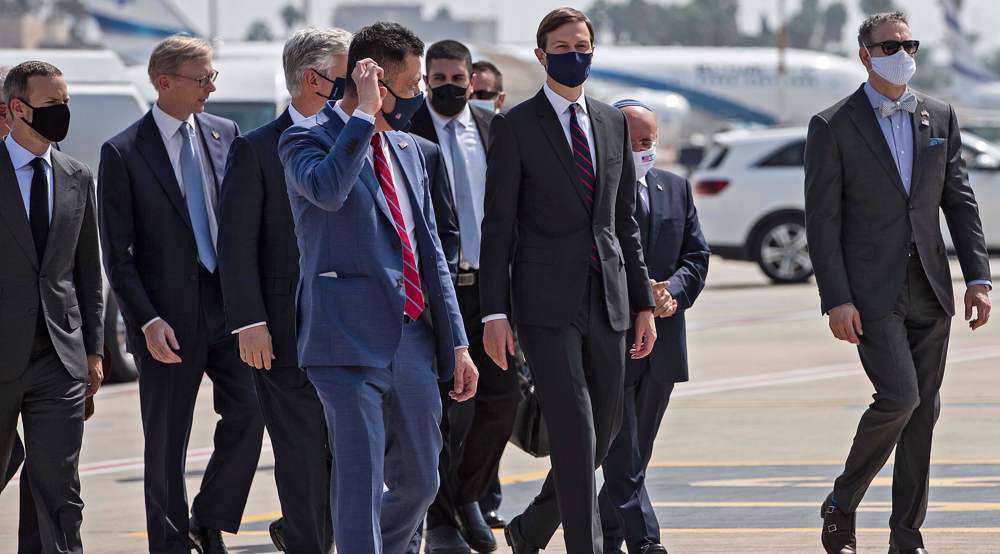 The incidents came as the first direct flight between Israel and the United Arab Emirates entered the Saudi airspace before landing in Abu Dhabi, which was hit by a rare blast shortly before the arrival of US and Israeli officials.

The Saudi move signals the possibility Riyadh could regularly allow these flights, shortening the route length and making them viable commercially. It is also seen as a sign of Riyadh’s support for the Israeli-UAE normalization deal.

The El Al plane is carrying US and Israeli officials, who are set to meet with Emirati officials on Monday to further advance the accord.

Israel and the UAE on August 13 reached a deal that will lead to a full normalization of diplomatic relations between the two sides, in an agreement apparently brokered by US President Donald Trump.

According to the accord, Israeli and UAE delegations are to hold meetings and sign bilateral agreements covering sectors including investment, tourism and direct flights and the opening of reciprocal embassies.

The US delegation, which is heading to Abu Dhabi, is led by Trump's senior adviser and son-in-law, Jared Kushner, and includes national security adviser Robert O'Brien.

The delegation is on a trip to the region to push for Arab-Israeli rapprochement.

Hanan Ashrawi, a member of the executive committee of Palestine Liberation Organization, said Kushner and his team were "scrambling to convince as many Arab and Muslim leaders as possible" to give Trump a boost before his re-election bid in November.

"They will be a prop at the backdrop of a meaningless spectacle for a ridiculous agreement that will not bring peace to the region," she added.

The normalization deal sparked anger in the Middle East and elsewhere, with Palestinian leaders describing it as a “stab in the back” by an Arab country.

Shortly before the arrival of the US and Israeli officials, a blast hit American fast-food restaurants KFC and Hardees on Abu Dhabi’s Rashid bin Saeed Street, also known as the airport road where the American-Israeli delegation is expected to land later on Monday.

Police said the blast caused several minor and moderate injuries. According to the National newspaper, other retail outlets were also damaged in the explosion.

Local media reported that a gas cylinder went off in a Dubai restaurant early on Monday and killed one person.

The explosion caused a fire that damaged the ground floor of the building, the newspaper quoted a Dubai Civil Defense spokesperson as saying. The blaze was extinguished in 33 minutes.