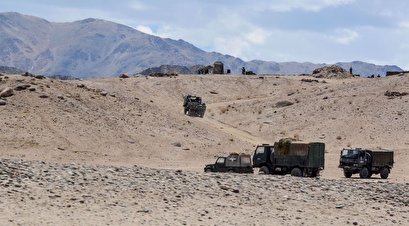 Chinese Foreign Ministry spokesman Zhao Lijian told a news briefing on Monday that the country’s soldiers “never crossed” the Line of Actual Control (LAC), the de facto frontier between the two countries, contrary to what New Delhi claimed earlier in the day.

Lijian said both sides were in communication regarding the situation on the ground.

In a fresh flare-up tensions, the Indian army claimed in a statement earlier in the day that Chinese troops carried out military movements over the weekend to change the status quo on their disputed border.

It said the Chinese People’s Liberation Army (PLA) “violated the previous consensus arrived at during military and diplomatic engagements during the ongoing standoff in Eastern Ladakh and carried out provocative military movements to change the status quo.”

The Indian army said its troops had foiled what it called China’s attempts to “change facts” in the disputed Himalayan territory, which was the scene of deadly clashes between the two sides in mid-June.