Tuesday, 01 September 2020 _It’s been 73 years since India got independence from the British rule but the largest minority Muslim community still doesn’t enjoy the benefits of independence they faces systematic discrimination, prejudice and violence despite the constitution guaranteeing them equality. 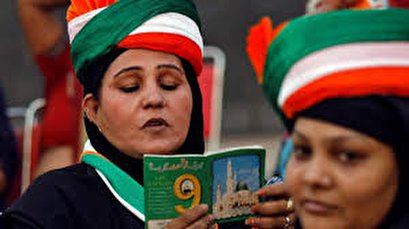 since the reelection of BJP in 2019 the government has pushed some controversial policies which are against the interest of Muslim community and explicitly ignores Muslim rights such as citizenship law which limits the Muslim rights through the citizenship amendment act and grants citizenship to non Muslims from neighboring countries but excludes Muslims in particular.

In recent years Muslims have witnessed systematic repression against the community which includes, hate speeches, hate crimes, mob lynching. These repression is not new if we recall the revocation of special status in Muslim majority Kashmir region and the historic Babri mosque conflicts.

India is home to some 200 million or more Muslims and recent years have witnessed widespread and deliberate violence against the community, in recent months anti-Muslim riots in Delhi left 53 people dead mostly Muslims. The Amnesty international report has found Indian police complicit in the riots and demanded a thorough probe. Many politicians were also found involved in inciting the violence, critics say the ruling BJP have ignored the violence and taken no action.

According to sachar committee report 8% of Urban Muslims belong to the salaried class compared with the national average of 21%. 61% of Muslims are self employed as artisans, traders. Only 5% of Muslims are part of the regular salaried Non-agricultural sector against almost 20% Hindus. Based on reports Muslims are experiencing discrimination in education, employment, housing, administration, politics, healthcare and justice. In simple terms they don’t enjoy equality in the world’s largest democracy. The ruling party however denies any discrimination against the community saying India is a democracy and believes in equal rights for all but critics question their claims.