NASA warns of 25m diameter asteroid close flyby this week, with two even BIGGER space rocks to follow soon after

Tuesday, 01 September 2020 _The asteroid early warning system monitored by NASA has posted advance notice of a number of space rocks inbound in the coming days, with one set to travel within just 120,000km of our planet. 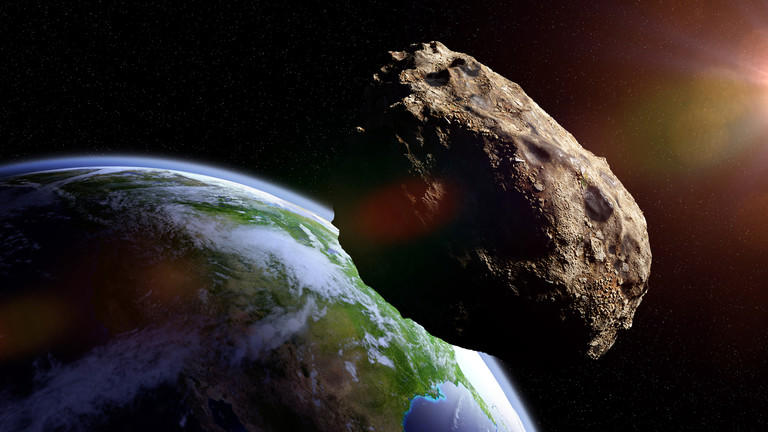 On September 1, a 25-meter (three London buses end-to-end) and a 28-meter (one and a half times the length of a bowling lane) asteroid are charted to fly past at a distance of 2.9 million and 121,000 km respectively.
While the US space agency assured its Twitter followers over the weekend that there’s probably nothing to worry about, for perspective the Moon is 384,400 km away, so it will be quite a close call indeed - astronomically speaking - especially given the risk posed by an object which is estimated to be travelling at a speed of 8.16 km per second.

According to one Twitter commentator’s calculations, the flyby distance will be roughly the equivalent of twice the round trip distance between Santiago, Chile and Beijing, China.

As if a one-two combo of cosmic proportions wasn’t enough, the very next day, the 13-meter-diameter ‘2020 PG6’ is due to fly past harmlessly at a relatively safe distance of 2.2 million kilometers.

The breathing room will be much appreciated - given how 2020 has gone so far, we could do without being buzzed constantly by cosmic debris. Online commentators couldn’t help but poke fun, asking either for respite from the relentless onslaught of apocalyptic news or, with some gallows humor, asking for one of the space rocks to put an end to a terrible year.

Share to
Related News
As part of NASA’s plan: Nokia is to bring 4G to the moon
Tags
NASA ، space ، rocks
Your Comment