Tuesday, 01 September 2020 _The United Nations food agency has warned that around 2.2 million Syrians risk hunger and poverty in the war-ravaged Arab country. 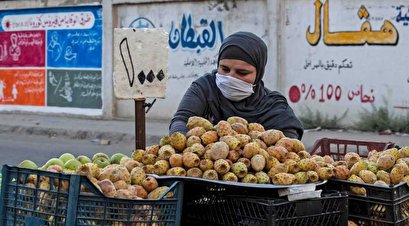 The UN’s World Food Program (WFP) sounded the alarm in a post on its Twitter account on Monday, saying "Without urgent help 2.2 million more could slip further into hunger and poverty.”

Back in May, WFP said a record 9.3 million people are now food insecure in Syria, which has endured almost a decade of foreign-backed militancy and is under rounds of crippling economic sanctions imposed by the United States.

The UN food agency also said that spiraling prices and the coronavirus pandemic have compounded the damage of the nine-year war.

That figure had jumped from 7.9 million six months earlier.

In April, WFP said food prices had doubled in a year to an all-time high across Syria, blaming a slowing of dollar inflows due to the financial crisis in neighboring Lebanon, along with the coronavirus lockdown.

Damascus has blamed Western sanctions for its struggling economy.