Tuesday, 01 September 2020_The world’s top maker of diabetes drugs Novo Nordisk of Denmark has opened a production line in Iran, with Health Minister Saeed Namaki saying he hoped it would soon become a drug distribution and production center in the Middle East. 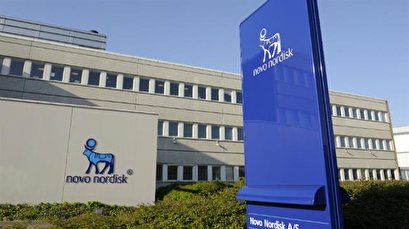 Namaki inaugurated the production line near Tehran in Karaj via a video call on Monday, hailing it as one of the most important projects since the 1979 Islamic Revolution with the joint investment of Iran and Denmark.

According to the head of Iran's food and drug administration, Iranian diabetic patients require 800,000 insulin pens per month.

"Procuring insulin is significantly foreign currency-intensive and is made harder during the difficult time of sanctions," Mohammadreza Shanesaz told Mehr news agency.

The Danish pharmaceutical giant set up shop in Iran in 2005, selling its diabetes care products through its local subsidiary, Novo Nordisk Pars.

In 2015, it announced investing 70 million euros to build a manufacturing plant in Iran, saying it would take five years to complete. The plant, it said, “signals our long-term commitment to Iran.”

The Danish drug maker joined a group of European companies jockeying for position as Iran opened to international business after reaching a nuclear deal which lifted sanctions on the Islamic Republic.

However, most Western companies abandoned their plans after US President Donald Trump announced new sanctions on Iran in 2018 after unilaterally leaving the nuclear agreement.

The medicinal sector has been exempt from sanctions, but the restrictions have made doing business in Iran tricky because foreign companies have to navigate around many pitfalls to use information technology and banking.

Novo Nordisk officials have said in the past that the company was not able to use the same IT platforms in Iran as in the rest of the business, forcing it to spend time on work-around solutions.