Wednesday, 02 September 2020_US President Donald Trump’s son-in-law and adviser, Jared Kushner, has begun a tour of Persian Gulf Arab countries to push them to follow in the footsteps of the United Arab Emirates (UAE) in normalizing ties with Israel. 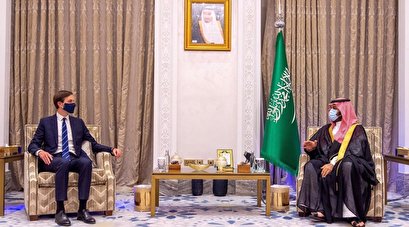 Kushner visited the UAE capital on Monday accompanying a joint Israeli-US delegation on the first commercial flight from Tel Aviv to Abu Dhabi, which agreed on August 13 to establish full diplomatic relations.

Concluding his trip, the White House adviser predicted on Tuesday that all other Arab states will gradually follow the UAE in establishing ties with Israel.

Asked by UAE state news agency WAM whether he believed all 22 Arab states could recognize the Israeli regime, he replied, “100 percent.”

“I believe that it is logical for them to do it and I believe it is the right thing to do over time,” he added.

“I think thanks to the UAE leadership there will be a much bigger coalition. [There will be] what I call ‘a vocal majority’ that will be in favor of normalizing. I think the vocal minority who have been against it will be more and more isolated in the region.”

Asked when the next Arab country could normalize ties, Kushner said, “Let’s hope it’s months.” However, he did not name the country.

From the UAE, Trump’s son-in-law flew to Bahrain and then Saudi Arabia and is expected also to visit Qatar.

In Bahrain, home to the US Navy’s Fifth Fleet, he met with King Hamad bin Isa Al Khalifah.