Thursday, 03 September 2020_The Syrian air defenses have foiled a fresh Israeli missile attack against the T4 airbase in central Syria. 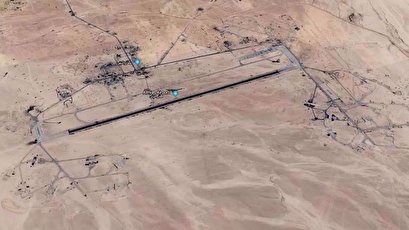 At 22:23 (local time) on Wednesday, Israeli warplanes fired missiles from the direction of al-Tanf in southeastern Syria, targeting the T4 (officially known as Althias) airbase in Homs province, a report by the state news agency SANA said.

The report quoted a military source as saying that most of the missiles were shot down and the rest caused only material damage.

The latest aggression came only two days after an Israeli missile attack against military sites in southern Damascus killed two Syrian soldiers and injured seven others in addition to causing material damage.

The Monday attack had been launched from the occupied Golan Heights.

Israel frequently targets military positions inside Syria, especially those of Hezbollah which has played a key role in helping the Syrian army in its fight against terrorists.

Israel has been a main supporter of terrorist groups that have opposed the government of President Bashar al-Assad since militancy erupted in Syria nine years ago.