Saturday, 05 September 2020 _At least six civilians have sustained injuries when Saudi fighter jets launched a series of airstrikes against a commercial neighborhoods in Yemen’s central province of Ma'rib. 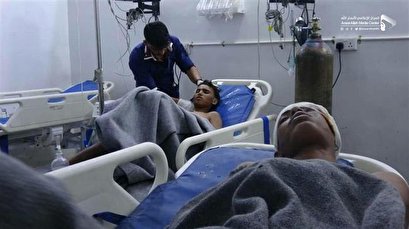 The report added that two of the injured children are in critical condition.

The development came on the same day that the deputy foreign minister of Yemen's National Salvation Government warned that al-Qaeda forces were joining Saudi-led mercenaries in Ma'rib province.

“The redeployment of al-Qaeda forces in Ma’rib is a major mistake that will serve no one and will cause a catastrophe that no side can avoid,” Hussein al-Ezzi warned in a tweet on Friday.

“[Former president Abd Rabbuh Mansur] Hadi and the [affiliated] Islah Party have to abandon such coward policies and malicious type of thinking,” he added.

The airstrikes come as the Saudi coalition braces for a looming Yemeni operation that seeks to liberate the strategic region.