UAE to open embassy in Israel within 3-5 months: Official

A senior Emirati official says his country will open an embassy in the occupied territories within three to five months in the wake of a deal between the United Arab Emirates (UAE) and Israel to establish full diplomatic relations. 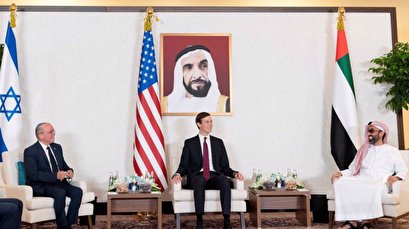 Israel Hayom newspaper quoted the unnamed UAE Foreign Ministry official as saying that the Israelis could get a visa to travel to the Persian Gulf Arab state after the opening of the diplomatic mission.

“I think the Israelis will be able to obtain travel visa to the UAE from an embassy that will open in Israel after three to five months from now," he said, adding that Abu Dhabi is also considering opening “a consulate in Haifa or Nazareth that works alongside the embassy”.

"We aspire to a peace agreement with Israel, but peace is in reality with all Israelis, and it is very important for us to be available to the Arab population of Israel, whom we consider an important partner for warm peace," he further claimed.

Earlier this week, the Israeli foreign ministry said both the regime and Emirati officials had discussed opening embassies during talks in the UAE that also involved American authorities.

In a joint statement issued by the White House on August 13, Israel and the UAE announced that they had “agreed to the full normalization of relations.”

The UAE announced a few days later that it was scrapping its economic boycott against the Tel Aviv regime, allowing trade and financial accords between the two sides.

On August 31, the first direct flight from Tel Aviv to Abu Dhabi took a joint US-Israeli delegation to the UAE capital for talks with the Emirati officials to finalize the normalization deal.