Saturday, 05 September 2020_Iran’s defense minister has said that the country eyes arms sales as UN sanctions on the Islamic Republic expire in October. 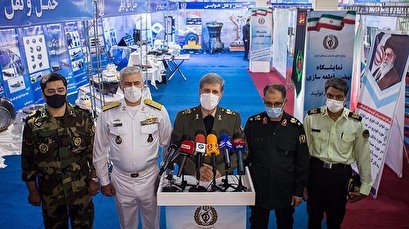 Speaking to Tehran-based 'Iran' newspaper in an interview published Saturday, Brigadier General Amir Hatami said the Islamic Republic is among the handful of countries which can indigenously manufacture more than 90 percent of its military needs.

“We will surely be able to export more military equipment than we need to import,” he said.

“Therefore, we will surely use our legal right [to sell arms] in dealing with our allies once the restrictions are lifted,” he said.

The arms restrictions are to be lifted as part of Security Council Resolution 2231, which has endorsed the 2015 multilateral nuclear deal.

The US led a failed a bid to extend the arms restriction on Iran in August.

Iran has faced widespread economic sanctions and arms bans ever since it overthrew the country’s US-backed regime during the Islamic Revolution in 1979.

In the midst of Iraq’s 1980-1988 invasion of Iran and the country’s lack of crucial military equipment, the defense industry was one of the first and most critically targeted sectors by the bans.

Despite being heavily impaired by the absence of US assistance and equipment - which formed the backbone of Iran’s pre-revolutionary armed forces - Iran’s defense industries were quick to adapt and begin local production of defense-related needs.

The country has consequently managed to produce a wide array of hardware over the years, including its own tanks, armored personnel carriers, missiles, radars, boats, submarines, unmanned aerial vehicles, and fighter planes.