Iran blocked from selling a drop of oil in exchange for food, medicine: Official

Saturday, 05 September 2020_The head of Iran’s Plan and Budget Organization has said that the country is facing bans harsher than oil-for-food sanctions as it is being prohibited from selling its oil in exchange for food or medicine. 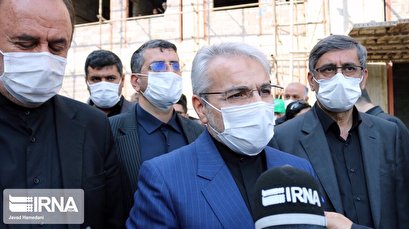 The harshest phase of sanctions were oil-for-food sanctions but today we are in a condition in which these murderous and malicious [powers] prohibit the sale of a drop of oil for even food or medicine,” Mohammad Bagher Nobakht said on Thursday.

“Even if there is a sale of oil, they seek to make financial transactions impossible,” he added.

Widespread economic sanctions, imposed on Iran after Washington withdrew from the 2015 nuclear deal in 2018, target much-needed humanitarian aid and related finances from reaching the Islamic Republic.

The US has since continuously imposed additional sanctions on the country's various economic sectors as part of its campaign of “maximum pressure” against Iran.

Washington even ignored humanitarian pleads to suspend sanctions as the country initially sought to import foreign medical supplies to counter the COVID-19 pandemic, before resorting to manufacturing its own.

Last month, Washington led a failed attempt to trigger the so-called snapback provision in the 2015 nuclear deal aimed at reinstating UN sanctions against Iran despite no longer being party to the landmark Iran nuclear deal.