Racial gap in US jobless rate widens again in August

Saturday, 05 September 2020_The gap in unemployment rates between Blacks and whites in the United States widened for a fourth straight month in August, and the spread between the races is now the largest in nearly six years. 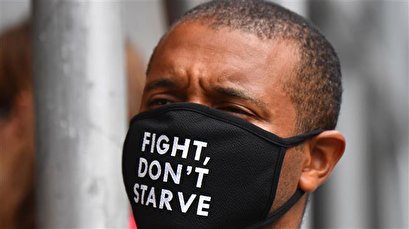 The 5.7 percentage point gap was the widest since December 2014. One year earlier, in August 2019, the spread had been a record-low 2 percentage points. It was 2.5 points in April, when the US economy shed a record 20.8 million jobs as a result of business shutdowns imposed to contain the spread of COVID-19.

The racial gap in US jobless rates has come under closer scrutiny in the months since the pandemic struck as minorities and women suffered an outsized share of job losses, exacerbating long-standing economic inequality. The widening also occurs against a backdrop of protests against police violence against Blacks, which has become a central issue in the US presidential election campaign.