Sunday, 06 September 2020_US Democratic vice presidential candidate Kamala Harris says she would not trust President Donald Trump’s word about the efficacy of a possible coronavirus vaccine released prior to the November presidential election. 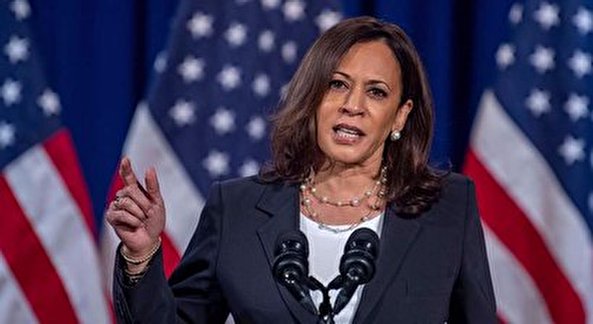 The California senator insisted during an interview with CNN – set to be aired on Sunday -- that she was not confident health officials would get the “last word” on the effectiveness of a vaccine.

“I will say that I would not trust Donald Trump, and it would have to be a credible source of information that talks about the efficacy and the reliability of whatever he's talking about.”

CNN released excerpts of the interview on Saturday, in which Harris underlined that Trump had a track record of suppressing expert opinion about the COVID-19 outbreak and that she worried that might happen again in the case of a prospective vaccine.

“If past is prologue that they will not. They’ll be muzzled, they’ll be suppressed, they will be sidelined because he’s looking at an election coming up in less than 60 days, and he’s grasping for whatever he can get to pretend that he’s been a leader on this issue when he’s not,” she further emphasized. “I will not take his word for it.”

In a written statement, the White House insisted Harris’ suggestion that politics is influencing vaccine approvals “is not only false but is a danger to the American public.”

Her remarks came amid rising concerns that the Trump administration is pressing towards the production of a vaccine before Election Day to boost his reelection chances.

CNN also reported Thursday that the US president has pressured officials to hasten the development of a vaccine to portray the sense that the end of the coronavirus pandemic is near.

This is while the Centers for Disease Control and Prevention (CDC) also asked state governors last week to fast-track applications for building permits for vaccine distribution sites that would be up and running in early November before Election Day.

Polling has shown voters remain doubtful of Trump’s word on a coronavirus vaccine, with only 14 percent in a Politico-Morning Consult survey in August, saying that they’d be more likely to receive a COVID-19 vaccination if the president recommended it.