Sunday, 06 September 2020_A senior Taliban delegation has returned to the Qatari capital of Doha, paving the way for the beginning of peace talks between the Afghan government and the militant group. 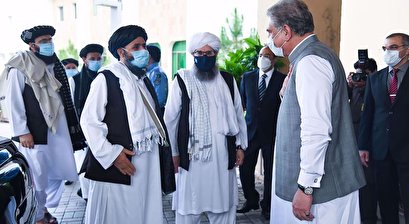 The Taliban delegation’s arrival in Qatar, where the group keeps its political office, came as a top Afghan government body blamed the militants for delays in starting bilateral negotiations.

In a Saturday tweet, the spokesman for Kabul’s High Council for National Reconciliation, Faraidoon Khwazoon, said the government was ready to start direct talks, and there is no more excuse for any delay.

“The process of releasing the prisoners is over and there is no excuse for delaying the talks, but the Taliban are still not ready to take part in the talks,” Khwazoon said.

Afghanistan’s Loya Jirga, or grand assembly of elders, had earlier approved the release of 400 imprisoned Taliban militants who had been involved in serious crimes in Afghanistan and whom the Afghan government was hesitant to release.

The prisoner swap, part of a deal between the Taliban and the United States, was considered a prelude to peace talks between the militants and Kabul.