Sunday, 06 September 2020_The defense ministers of India and China have met in the Russian capital of Moscow as part of efforts aimed at resolving heightening tensions after a fierce clash in June killed 20 Indian soldiers along their disputed border in the eastern Ladakh region. 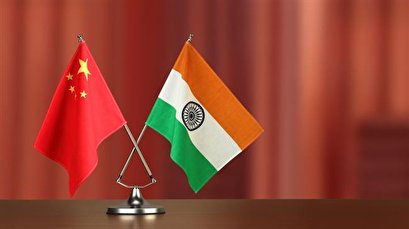 The 140-minute meeting between India's Rajnath Singh and China's General Wei Fenghe was the first high-level contact between the two sides since the fatalities took place in the Himalayan region.

"Peace and security in the region demands a climate of trust, non-aggression, peaceful resolution of differences and respect for international rules," Singh said at the meeting.

The Indian defense minister also underlined that China’s “aggressive actions and behavior” in trying to “unilaterally alter the status quo” were in violation of all bilateral agreements.

Wei, for his part, said the two countries should "cool down" the situation and "maintain peace and tranquility," adding that the responsibility for the current tensions, however, lies “entirely” with the Indian side.

The two ministers met on the sidelines of a gathering of the defense chiefs of the Shanghai Cooperation Organization, which comprises China, India, Pakistan, Russia, Kazakhstan, Kyrgyzstan, Tajikistan and Uzbekistan.

The long-running border dispute over the Line of Actual Control (LAC), the de facto frontier between Beijing and New Delhi, turned deadly on June 16 for the first time in nearly half a century after at least 20 Indian soldiers were killed in a "violent face-off.”

India accused China at the time of violating bilateral agreements by pushing its troops through the LAC. China, on the other hand, blamed India for trespassing over the de facto border, saying the "move has grossly violated China's territorial sovereignty.”

The disputed 3,500-km border between the world's two most populous countries stretches from the Ladakh region in the north to the eastern Indian state of Sikkim.