Palestinian factions have announced a unified stance against attempts by Israel, the United States and some Arab countries to undermine the Palestinian cause, denouncing any form of normalization with the occupying regime as “a stab in the back” of not only the Palestinians but the entire Muslim world. 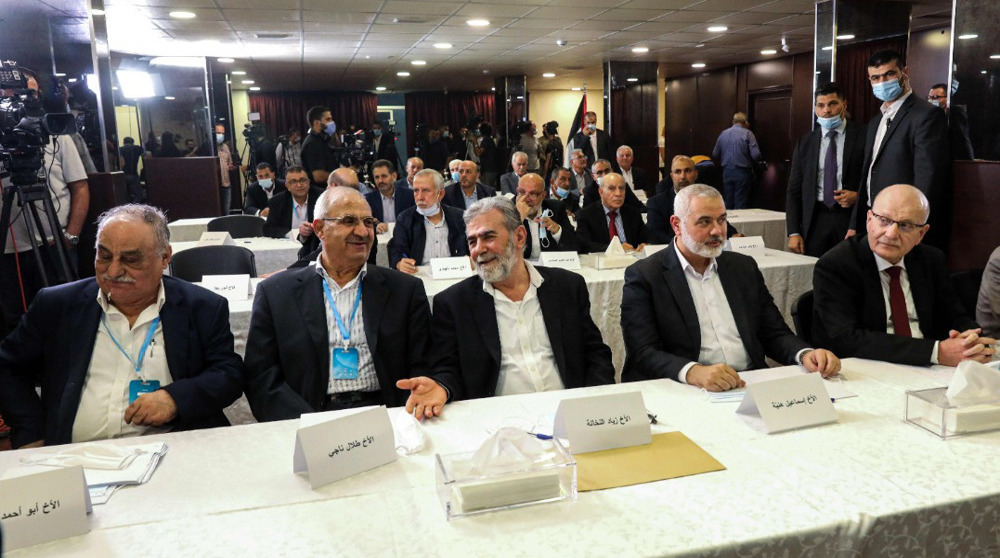 The statement was released by the secretaries-general of the factions following a long-delayed plenary meeting attended by their leaders in the Lebanese capital Beirut on Thursday, according to the Middle East Monitor (MEMO) press monitoring organization that carried the statement on Saturday.

Among those present were Ismail Haniyeh, head of resistance movement Hamas’ Political Bureau, and Ziyad al-Nakhalah, leader of Islamic Jihad -- another resistance group, which like Hamas is headquartered in the Israeli-blockaded Gaza Strip. Palestinian President Mahmoud Abbas also addressed the gathering via video-link from the city of Ramallah in Israel-occupied West Bank.

The factions reminded that the Palestinian nation was at a critical juncture and faced unique threats.

These threats, they added, were targeting the main principles of the common cause, including the Palestinians’ right to an independent state “on all occupied Palestinian territories” as well as Gaza, and the right of the Palestinian refugees to return to their homes.

The statement made especial mention of “the Deal of the Century, the annexation plans, and normalization of ties with the Israeli occupation.”

The controversial scheme was unveiled by US President Donald Trump, and has since been widely condemned across the occupied Palestinian territories and the Muslim world.

The deal featured Washington’s support for the regime’s annexation of parts of the West Bank, upon which it has been building illegal settlements since occupying the territory in 1967.

Since then, a growing trend of détente with Israel has occurred among some Arab nations, which last month saw the United Arab Emirates announcing the establishment of ties with the occupying regime.

Saudi Arabia and Bahrain next said they would open their airspaces to UAE-Israel flights, while Muslim-majority Kosovo said it would follow in Abu Dhabi’s footsteps in normalizing relations with Israel.