Iran dismisses claims about transfer of Russian arms to Armenia

Monday, 07 September 2020_Iran's embassy in the Republic of Azerbaijan has rejected reports by certain media outlets about the transfer of Russia's military equipment to Armenia via the Islamic Republic. 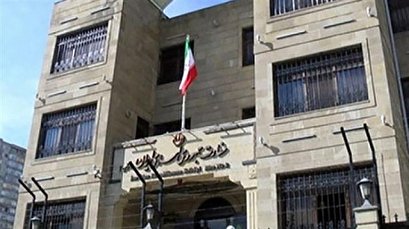 Reports by some media about the transfer of Russian weapons and other military equipment to Armenia through Iran's Norduz border crossing are false, the embassy said in a statement on Monday.

The statement added that circulation of such news is an act of sabotage by those who oppose close relations between Iran and Azerbaijan with the purpose of undermining the developing cooperation and friendship between the two countries.

Azerbaijan and Armenia have for decades been locked in a simmering conflict over Karabakh – an Azerbaijani territory seized by Armenian separatists in a bloody war in the 1990s.

Some 30,000 people were killed in the conflict, which ended with a fragile truce in 1994. The two sides are still technically at war and have yet to reach a permanent peace agreement on the issue.

Iran, as a neighboring country of the two former Soviet republics, has on numerous occasions reiterated its stance on the importance of finding a peaceful solution to the dispute in the Karabakh region.

In March 2019, then spokesman of Iran's Foreign Ministry clearly stated that the Islamic Republic of Iran "believes that this issue… must be settled in accordance with international principles and through dialog."

Bahram Qassemi added in an interview with the Organization of Asia-Pacific News Agencies (OANA) that "It is important for the Islamic Republic of Iran that its relations with Armenia and Azerbaijan Republic are not affected by the Karabakh conflict and Iran is still following up on its principled and wise policy in this regard."