Monday, 07 September 2020_Israeli officials are planning to construct thousands of more settler units in the West Bank irrespective of an international outcry against the Tel Aviv regime’s settlement expansion policies and its contentious plans to annex large parts of the occupied Palestinian territories. 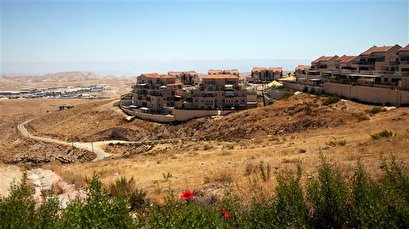 The Israeli minister of military affairs and alternate prime minister, Benny Gantz, is reportedly seeking to approve the construction of some 5,000 new settler units, after more than six months during which such construction has been frozen, Israel's Channel 12 television network reported.

According to the report, which did not cite any sources, Gantz intends to convene the so-called Civil Administration Planning Committee next week to approve the construction.

Gantz has reportedly sent a letter to Prime Minister Benjamin Netanyahu’s office with a request to assemble the committee.

The move is seen as a potential maneuver by the 61-year-old leader of the centrist Blue and White party to strengthen ties with settler leaders, who are currently fuming at Netanyahu, who purportedly suspended annexation plans and opted instead to normalize ties with the United Arab Emirates last month.

Israel and the UAE agreed to a US-brokered deal to normalize relations on August 13. Under the agreement, the Tel Aviv regime has purportedly agreed to "temporarily" suspend applying its own rule to further areas in the occupied West Bank and the strategic Jordan Valley that Netanyahu had pledged to annex.