Who will win US 2020 presidential debates? Most voters say Trump

Tuesday, 08 September 2020_A new poll shows that most of Americans believe the winner of the 2020 presidential debates will be Donald Trump. 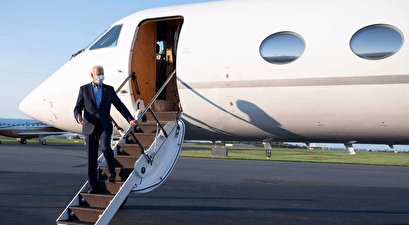 In the USA Today/Suffolk University poll of registered voters, 47 percent predicted Trump would come out on top in the presidential debates, compared to 41 percent who predicted that Joe Biden will be the winner.

“I feel like it’s just gonna be a one-sided show," said David Brockman, 38, a Trump supporter from Columbus, Indiana, who was among those polled.

"If this were the opposite way, they would've been in jail already" -- Trump suggests Obama and Biden should spend 50 years in prison for treason pic.twitter.com/3bE8tsVLXB

The trait was also seen among the independent voters, with 47 percent saying Trump would win compared to 37 percent who said they expected Biden to win.

"Trump is gonna run all over Biden," said Curtis Saffi, 38, an independent from Hampton, Georgia, who plans to vote for Biden. "Kamala Harris... she is gonna be all over (Mike) Pence."

While 79 percent of Democrats predicted their presidential nominee will come out on top in the debates, 87 percent of Republicans said Trump wil