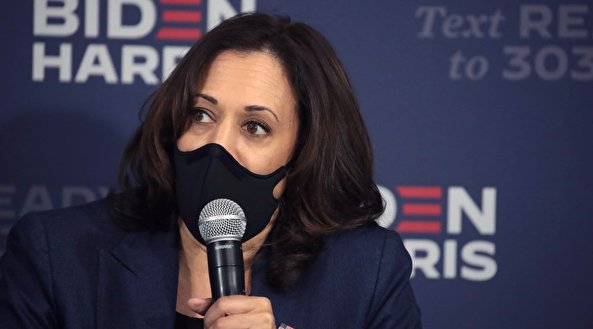 He argued that his political foes are using the unprecedented rapid speed of vaccine research to attack him, creating doubts that may mean people are afraid to take it. "Okay. Let's disparage the vaccine," he said at a Labor Day press conference. "That's so bad for this country. So bad for the world to even say that."

Harris told CNN over the holiday weekend that she would not necessarily trust a vaccine approved by the Trump administration before Election Day, unless a "credible" source agreed it was safe.

The president has doubled down on quixotic promises to deliver a vaccine quickly, suggesting it could come before the election even as his own science officials including the head of the administration's "Operation Warp Speed" contradict him. He repeated those claims at his news conference.

A blame game with repercussions: Harris in voicing her concerns about cutting corners in ascertaining safety also alleged the president may not let public health officials speak out. "If past is prologue... they'll be muzzled. They'll be suppressed," she said.

Fueling vaccine wars: Governments around the world are racing to manufacture a safe and effective shot so they can slow the pandemic and get their economies back to normal while they also fight for rapidly waning public trust. Scientists have warned that the rhetoric around a Covid-19 vaccine could further undermine people's faith in a shot just when it's most needed.

The president on Monday again grabbed credit for what would be a major accomplishment of approving an effective vaccine in record time -- even though scientists and nations around the world are all racing for a shot. He referenced the threat to public health if Americans are reluctant to try the vaccine when it comes out.

"She's talking about disparaging a vaccine, so people don't think the achievement was a great achievement," Trump said. "I don't want the achievement for myself. I want something that will make people better."

The upshot: With the election fast approaching, the Covid-19 vaccine was always going to be political as the president made it clear he wanted a shot by election day. The intensifying rhetoric may only deepen public skepticism that health officials are desperately trying to battle.