Tuesday, 08 September 2020_Jordan has strongly condemned the ongoing Israeli violations against the al-Aqsa Mosque compound in the occupied Old City of Jerusalem al-Quds, the latest of which are the installation of loudspeakers by Israeli police on the walls of the sacred site and the arrest of employees of the Religious Endowments Authority. 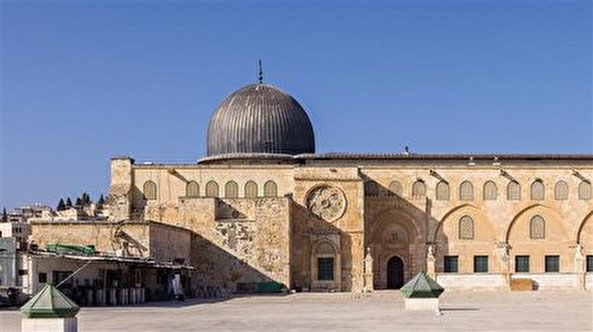 Dhaifullah al-Fayez, a spokesman for Jordan's Ministry of Foreign Affairs and Expatriates, said in a statement on Monday that Israeli police actions are a violation of the legal and historical status quo of the religious site.

“The police actions are irresponsible tampering, unacceptable and constitute a provocation to the feelings of Muslims around the world and a flagrant violation of Israel's obligations as the occupying power under the international law,” the statement noted.

Fayez then warned against the dire consequences of the Israeli regime’s continued abuses, calling for an end to such practices and respect for the historical and legal status quo of al-Aqsa Mosque.

He emphasized that al-Aqsa Mosque entirely belongs to Muslims, and that the Jordan-run Religious Endowments Authority in Jerusalem al-Quds is the exclusive authority responsible for the mosque’s affairs.

He noted that the Jordanian foreign ministry has demanded that Israel, as the occupying power, refrain from such violations and provocations, and respect the mandate of the Jordan-run authority responsible for overseeing the al-Aqsa Mosque compound.