Tuesday, 08 September 2020_US protesters stay put on the streets of Rochester, New York for the sixth consecutive night, voicing their rage against US police violence and racial injustice. 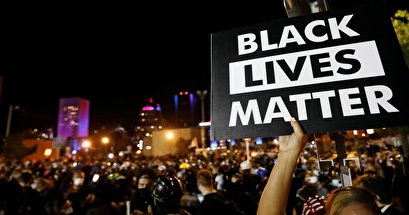 Protests erupted in Rochester on Wednesday over the death of Daniel Prude, an unarmed African American who died in police custody in March.

Newly-released footage from Prude’s arrest showed officers restraining him and putting a hood on his head. They pressed his face into the pavement for two minutes while he was handcuffed and naked.

He died seven days later on March 30 after he was taken off life support.

Prude’s death received no public attention until a lawyer for his family released police body-camera footage of the arrest to local media last week.

Protesters marched peacefully in the city on Monday, with some people chanting slogans or kneeling in front of the line of police officers assembled to counter the rally.

The rally, however, continued into the night and led to a standoff between police officers and protesters outside the Public Safety Building in downtown Rochester.