Tuesday, 08 September 2020_A Turkish court has sentenced to life the main suspect in the 2017 New Year’s Eve attack by the Daesh Takfiri terrorist group on a nightclub in the city of Istanbul. 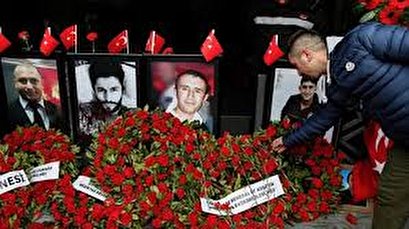 On Monday, Istanbul’s Heavy Penal Court No. 27 gave Abdulkadir Masharipov, an Uzbek national, the equivalent of 40 life sentences without parole for violating the Constitution and deliberately killing 39 people, including a police officer.

It also sentenced Masharipov to a total of 1,368 years for carrying an unlicensed weapon and the attempted murder of 79 people who escaped the assault with injuries.

The same tribunal further sentenced Ilyas Mamasaripov, one of the planners of the attack, to 1,432 years in prison for assisting the murders and attempted murders, among other offenses.

Early on January 1, 2017, Masharipov opened fire with an automatic rifle at Istanbul’s Reina nightclub, where hundreds were partying to celebrate the New Year. He threw stun grenades to allow himself to reload and shoot the wounded on the ground.

Among those killed were 12 Turkish nationals and 27 foreigners.

Daesh claimed responsibility for the attack at the time, saying it was an act of revenge for Turkey’s military involvement in Syria.

Turkish police arrested Masharipov at a Daesh hideout in Istanbul after a 17-day manhunt, saying he had acted on the terror outfit’s behalf.