Wednesday, 09 September 2020_The political bureau chief of the Palestinian Hamas resistance movement has condemned the recent US-brokered agreement between the United Arab Emirates (UAE) and Israel, describing American President Donald Trump and Israeli Prime Minister Benjamin Netanyahu as the sole beneficiaries of the accord. 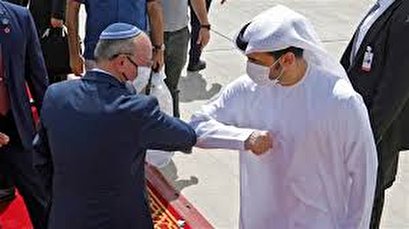 Speaking in an exclusive interview with Lebanon’s al-Manar television network on Tuesday night, Ismail Haniyeh decried the Abu Dhabi’s decision to normalize relations with the Tel Aviv regime as “unjustifiable,” saying that the deal serves the interests of neither the Palestinian nation nor the UAE itself, but rather benefits Trump and Netanyahu.

He noted that Palestinians must unite against Israel’s settlement expansion policies as well its plans to annex large parts of the occupied West Bank, adding a recent conference held by leaders of various Palestinian factions came in the same context.

Abu Dhabi claims the normalization deal, which was announced by the White House on August 13, is a successful means to stave off annexation and save the so-called two-state solution to the Israeli-Palestinian conflict.