Wednesday, 09 September 2020 (YJC)_ Disney’s Mulan remake is facing fresh boycott calls after it emerged some of the blockbuster’s scenes were filmed in China’s Xinjiang. 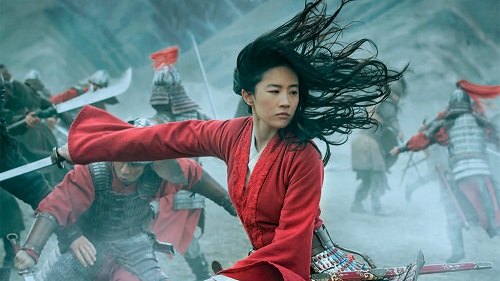 Disney’s Mulan remake is facing fresh boycott calls after it emerged some of the blockbuster’s scenes were filmed in China’s Xinjiang, where widespread rights abuses against the region’s Muslim population have been widely documented.

The lavish US$200 million film about a legendary female Chinese warrior was already tangled in political controversy after star Liu Yifei voiced support for Hong Kong’s police as they cracked down on anti-government protests last year.

But the latest furore exploded as soon as the credits stopped rolling after the movie began showing on the Disney+ channel last week.

Viewers spotted that Disney included “special thanks” to eight government entities in Xinjiang – including the public security bureau in Turpan, a city in eastern Xinjiang where multiple internment camps have been documented.

Another entity thanked was the Chinese Communist Party’s propaganda department in Xinjiang.

The revelation has sparked renewed anger at a time of heightened scrutiny over Hollywood’s willingness to bow to authoritarian China.

Rights groups, academics and journalists have exposed a harsh crackdown against Uygur and Kazakh Muslims in Xinjiang, including mass internments, enforced sterilisations, forced labour as well as intense religious and movement restrictions.