Wednesday, 09 September 2020 (YJC)_ The former head of an international election monitoring organisation has warned that confidence in the US electoral process could be damaged by a combination of the coronavirus and questions over mail-in ballots. 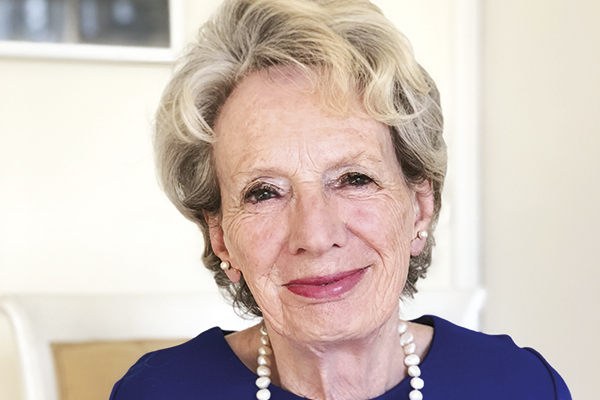 Dame Audrey Glover, who led a US election monitoring mission in 2016, has warned voter confidence is at risk.

The former head of an international election monitoring organisation has warned that confidence in the US electoral process could be damaged by a combination of the coronavirus and questions over mail-in ballots.

Dame Audrey Glover, a veteran British human rights lawyer who led the 2016 US election mission for the democracy arm of the Organisation for Security and Cooperation in Europe (OSCE), said voter confidence was “absolutely essential” for a free and fair election.

“I don't think there's ever been an election quite like this in the United States in recent memory. And one can’t underestimate what might happen on election day,” she said

“There have been a lot of allegations going around that one hasn't heard in the past, and I think this is worrying the confidence of the individual in the whole system,” she said, in reference to questions over the integrity of mail-in ballots.

She added that fears about voting during the coronavirus pandemic would add to the uncertainty, and potentially prevent people from voting.

“This election is very different because you have the virus from the very beginning, which is possibly having a greater effect on the voters and their ability to believe in the integrity of the situation,” she said.

Dame Audrey, who has more than 15 years of experience monitoring elections around the world, is the latest in a long line of experts to raise concerns ahead of November’s crucial vote, which will see Donald Trump face off against former vice president Joe Biden.

In recent months, the president has increased his attack on the integrity of mail-in voting, alleging that they are vulnerable to fraud without providing any evidence to back up his claims. As part of those attacks, Mr Trump blocked funding for the US postal service, which delivers mail-in ballots, to make it more difficult for them to be delivered.

The president has also refused to say whether he would leave the White House if he lost the election, and has preemptively claimed the vote could be rigged against him, without providing any evidence.

These questions about the integrity of the election, combined with the added uncertainty of the coronavirus pandemic, have prompted widespread concerns among election integrity monitors.