Wednesday, 09 September 2020_Afghanistan’s First Vice-President Amrullah Saleh has been lightly injured in a bomb attack targeting his convoy in the capital, Kabul, but two dozen other people have been killed and wounded. 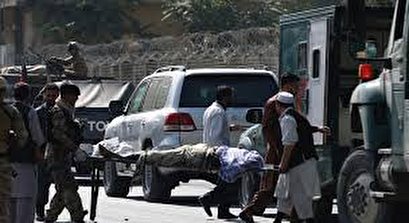 The bomb attack targeted Saleh’s convoy as he left his home and was heading to work in Kabul on Wednesday.

A video was released on Facebook soon after the attack, showing Saleh, with bandages on his left hand.

“I am fine but some of my guards have been wounded. My son, who was in the car with me, and I are both fine,” Saleh said.

“I have some burns on my face and hand. The blast was strong,” he added.

Initial reports had said that Saleh had escaped the attack unharmed.

The Afghan Interior Ministry put the number of casualties at 10 fatalities and over a dozen injured.

Saleh, a former intelligence chief and President Ashraf Ghani’s first deputy, has so far survived several assassination attempts, including one on his office last year that killed 20 people.

Taliban say not behind attack

No group has yet claimed responsibility for the attack. But Taliban spokesman Zabihullah Mujahed said the group “has nothing to do” with it.