Wednesday, 09 September 2020_US President Donald Trump is reportedly set to host a signing ceremony in mid-September for the recent normalization agreement between the United Arab Emirates (UAE) and Israel, which the Palestinians have decried as “a stab in the back” of the Arab nation. 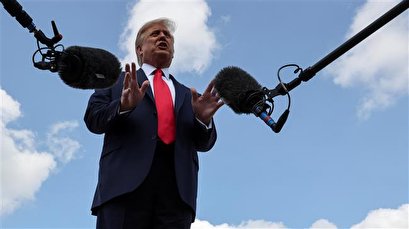 “I am proud to embark next week to Washington, at the invitation of President Trump, to take part in the this historic ceremony at the White House for the foundation of the peace treaty between Israel and the United (Arab) Emirates,” Netanyahu wrote in a post published on Twitter.

Trump and other officials from his administration have said they expect Saudi Arabia and several other Arab countries to follow suit in recognizing Israel.

After accompanying the Israeli delegation to the UAE, Kushner set off on a tour of other Persian Gulf littoral states the following day, looking for more Arab support for normalization talks with Israel.

The White House announced the UAE-Israel deal on August 13.

While Emirati officials have described the normalization deal with the Tel Aviv regime as a successful means to stave off annexation and save the so-called two-state solution to the Israeli-Palestinian conflict, Israeli leaders have lined up to reject the claim as a bluff.