The Ground Force of Iran’s Islamic Revolution Guards Corps (IRGC) has carried out a series of large-scale multi-pronged military operations against positions of terror groups along the country’s northwestern borders. 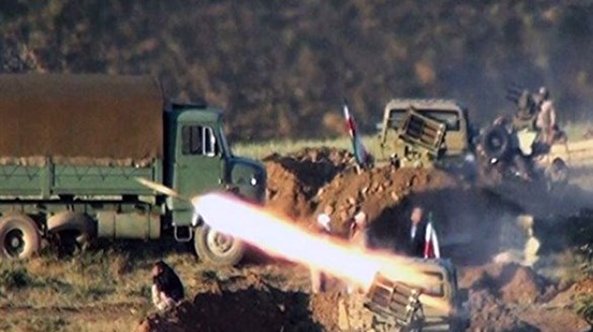 Iranian news agencies reported that the security operations had been conducted in the course of the past week, destroying strongholds of counter-revolutionary terror groups along the country’s northwestern borders.

Drones, artillery fire and smart missiles were used in the operations, which killed and wounded a large number of key counter-revolutionary elements active in the area.

Huge amounts of weapons, ammunition and booby traps were confiscated from the terrorists.

According to Fars News, the week-long operations, which were carried out under the supervision of IRGC Ground Force Commander Brigadier General Mohammad Pakpour, was one of the largest of its kind.

Huge losses were inflicted on the counter-revolutionary groups and their bases were rendered inoperational, the report added.

IRGC forces regularly engage in clashes with terrorists attempting to infiltrate the borders and carry out acts of sabotage across the country.