China: US most dangerous factor working against peace in

Thursday, 10 September 2020_China has censured the United States’ intervention in territorial disputes in the South China Sea, saying Washington is fomenting tensions and is the “most dangerous” factor working against peace in the strategic region. 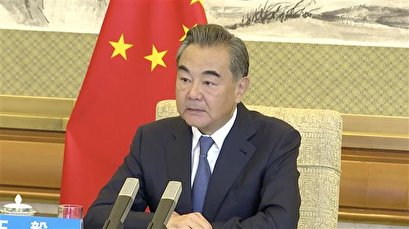 Chinese Foreign Minister Wang Yi made the remarks through video link with foreign ministers at the 10th summit of the Association of Southeast Asian Nations (ASEAN) on Wednesday.

“Peace and stability is China’s greatest strategic interest in the South China Sea. It is also the common strategic aspiration of China and ASEAN countries,” Wang said.

“China hopes that countries outside the region, including the United States, will fully respect the wishes and expectations of countries in the region, instead of creating tension and seeking profit from it,” he added.

Wang said that the US was constantly flaunting military force and strengthening presence in the South China Sea and was becoming the biggest driver of the militarization of the area and the “most dangerous” factor in damaging the regional peace.

The top Chinese diplomat said the United States had interfered with the efforts of China and the ASEAN to resolve territorial and maritime disputes through consultation, provoking confrontations between countries in the region.

Last month, the US administration blacklisted 24 Chinese companies and individuals over what it claimed were construction and military actions in the South China Sea. The restrictive measures were Washington’s first against Beijing over the disputed strategic waterway.