Thursday, 10 September 2020_The European Parliament has formally removed Myanmar's de facto leader Aung San Suu Kyi from the "Sakharov Prize community" because of her "acceptance" of state-sponsored crimes against the persecuted Rohingya community in Rakhine state. 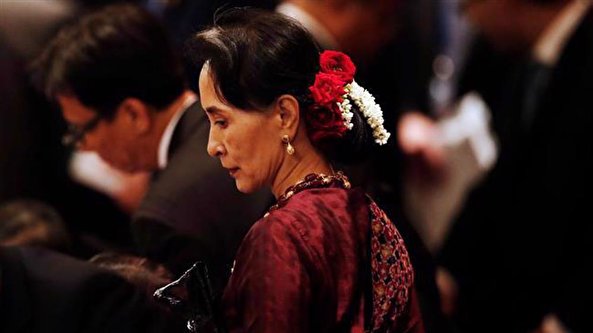 In a statement released on Thursday, members of the European Parliament (MEPs) said the decision was a response to Suu Kyi's "failure to act and her acceptance of the ongoing crimes against the Rohingya community in Myanmar".

"The Sakharov Prize Community connects MEPs, laureates, and civil society to increase cooperation on human rights action in Brussels and internationally," the parliament said, confirming the 75-year-old had been "formally suspended" from all laureate activities.

A source close to the EP said the prize had been awarded for Suu Kyi's work before 1990 and could not be withdrawn but the exclusion was the strongest sanction available to the chamber.

In May, the City of London Corporation (CLC) revoked an honor granted to Suu Kyi over the treatment of minority Rohingya Muslims.

Elected representatives on the body voted to revoke the Freedom of the City of London granted to Suu Kyi three years ago.

The move followed Suu Kyi's appearance at the International Court of Justice (ICJ) in The Hague in December last year to personally defend her country against allegations of rape, arson and mass killings perpetrated by Myanmar troops against Rohingya Muslims.

In her defense, Suu Kyi described the conflict as an internal one and said if human rights violations had occurred, they did not rise to the level of genocide.

In January the ICJ ordered Myanmar to prevent the genocide of Rohingya Muslims in Rakhine. Suu Kyi's 's government rejected the ruling, saying it was based on a "distorted picture of the situation".

Lawyers seeking to halt an ongoing genocide against Rohingya at the time strongly denounced Suu Kyi’s silence in the face of genocide accusations and her defense of the country’s armed forces, saying the fallen pro-democracy icon chose to ignore “unspeakable” acts committed against Muslims.