Thursday, 10 September 2020_There appears to be a breakthrough in the long-running legal saga surrounding the death of Northamptonshire teenager, Harry Dunn. 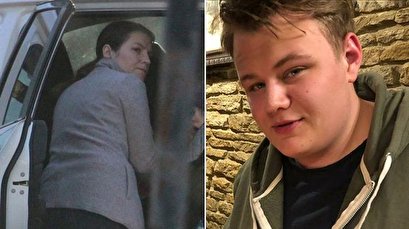 It is being widely reported that Harry’s killer, Anne Sacoolas, is willing to discuss the “possibility” of a “virtual trial” in the UK.Conservative MP Andrea Leadsom has come up with she believes to be a compromise in the fraught case of Anne Sacoolas.
However, sources close to the former CIA officer have told the Press Association (PA) that despite the UK attorney general’s office considering a remote trial, Sacoolas herself has not been officially approached about the matter.

According to the PA, Sacoolas wants to speak with the British authorities to find a “path forward”.

The latest development comes on the heels of Prime Minister, Boris Johnson, claiming that he would “support anything” that delivers justice for young Harry, who was killed in late August 2019.

The PM was specifically asked to deliver his view on the prospect of a virtual trial for US national Sacoolas.

Sacoolas, who is married to a serving US spy, killed Harry by crashing onto his motorbike outside RAF Crouhgton, which houses a large US spy base. She was driving on the wrong side of the road at the time.

Britain continues to look weak and impotent in the face of a resolute US refusal to send back the wife of spy who killed young Harry by dangerous driving.

Despite the official charge, the US government has steadfastly refused to extradite Sacoolas to the UK.