Friday, 11 September 2020_Iran’s minister of industry, mine and trade says the country earned nearly $7 billion from exports of various materials used in construction activities in the year ending March 2020, adding that steel and cement contributed to the largest share of revenues gained from shipments. 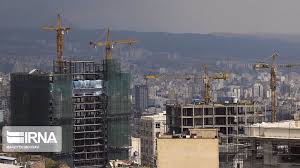 Ja’far Serqini said on Thursday that Iran’s output of construction materials is nearly double the domestic demand, adding that producers keep tapping into various markets inside and outside the region to find customers for their high-quality products.

“Today our country is a major exporter of steel in the region and a leading exporter of cement in the world,” said Serqini, adding that Iran had increased its supply of glass, tile and ceramics to foreign customers in recent years.

The minister said construction materials accounted for 70 percent of total exports of $10 billion from Iran’s mining industry over the past calendar year.

Iran’s massive mining and metals sector has expanded in recent years mainly because sanctions imposed by the US on the country’s direct sale of crude have led to more activity across the sector.

The government has also raised tariffs on exports of raw minerals as it seeks increased local production for finished products.