US has expelled 8,800 migrant children under coronavirus rules

Saturday, 12 September 2020 _The administration of US President Donald Trump has expelled around 8,800 unaccompanied migrant children intercepted at the country’s joint border with Mexico since March 20. 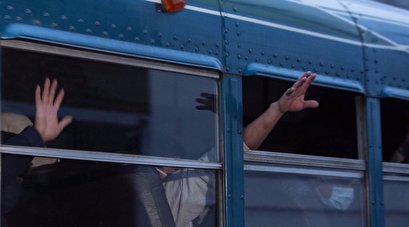 The expulsion of the children was carried out under rules that seek to limit the spread of the coronavirus in the United States, show court documents the Justice Department filed Friday.

Since June, however, the administration had refused to disclose the numbers. But in that month it said about 2,000 children had been expelled from the United States.

Meanwhile, immigration advocates had said that many more immigrant children were likely subject to the rules, but it was unclear how many would be expelled until Friday.

On March 21, new border rules came into effect which scrapped decades-old practices under laws meant to protect children against human trafficking and offer them an opportunity to seek asylum in a US immigration court.

The administration argued that the emergency rules aimed to prevent the spread of the coronavirus inside migrant holding facilities and among the broader US population.

US officials have, since March 21, been quickly deporting migrants, including unaccompanied minors, but without standard immigration proceedings.

They have been kept for days or sometimes weeks in hotels with unlicensed contractors with attorneys saying the children's personal information is not recorded in the usual computer systems, making it nearly impossible to track them.