Saturday, 12 September 2020_London Heathrow airport CEO, has condemned the government for its coronavirus response, which puts up to 43,00 jobs at risk due to the lack of a robust testing scheme which would allow more to travel. 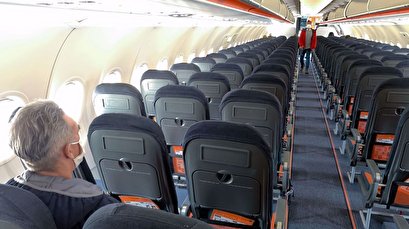 The chief executive, John Holland-Kaye, has warned that the borough of Hounslow is at risk of becoming a ghost town, urging the government to approve its Covid-19 testing regime to enable more travel, as the airport reported 1.4 million passengers in August, less than one-fifth of its normal traffic for the peak summer month.

“It has really been killed by the quarantine … What we have seen is that when people can fly, they will,” he said. “Other countries – even Jersey – have introduced testing, very successfully. We don’t understand why the government doesn’t do similar things, not just to support aviation but all the businesses that depend on it.”

Mr Holland-Kaye said while Heathrow was “as secure as any business in aviation can be”, it was “hurting”, with losses of £1.1bn in the first half of 2020. “The government needs us to be able to come out fighting from this crisis and get the economy kickstarted. But we’ve seen no support at all from government.”

He went on to defend issuing section 188 notices to unions, threatening to put thousands of long-serving staff on inferior contracts, after four months of talks failed to reach any conclusion.

“Given the lack of passengers, we have to do something and that is the least worst option… We are such a big part of the local economy, if we have large-scale redundancies that would have a similar impact to what we saw with mining towns back in the 1980s, and we want to do everything we can to avoid that,” Holland-Kaye said.

An independent report by Oxford Economics for Hounslow council concluded that the decrease in Heathrow traffic threatened up to 43,000 jobs in the borough, and warned of a £200m hit to the economy causing “extreme hardship for local families and communities”.

Holland-Kaye suggested British Airways could fail and that “no one was immune”, warning: “Alitalia went bust, and now if you want to get to Italy on a long-haul route you mainly have to fly via Germany. That could happen in the UK, and would destroy any hope of a global Britain you may have.”