Saturday, 12 September 2020_Iran has strongly condemned a normalization agreement between Bahrain and Israel, saying the Manama regime sacrificed the Palestinian cause against the occupation for the upcoming US presidential election through the “shameful” treaty. 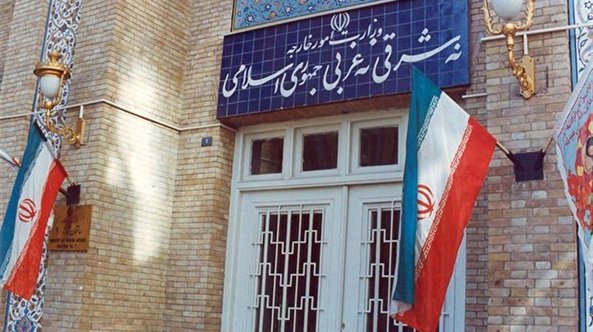 In a statement released on Saturday, the Iranian Foreign Ministry said the Bahraini regime had committed a “fundamental mistake” by turning its back to its own people instead of gaining legitimacy form them.

It had also sought refuge from the regime occupying Jerusalem al-Quds and sacrificed the Palestinian cause for the domestic US election, the statement added.

The Foreign Ministry stressed that Iran considers the announcement on the establishment of diplomatic ties between Israel and Bahrain as “a shameful and humiliating act” on the part of the latter, which sacrificed decades of Palestinians’ struggle and suffering for the US vote.

"The rulers of Bahrain will from now on be complicit in the crimes of the Zionist regime, which is a source of constant threat to the security of the region and the Muslim world and the root cause of decades of violence, massacre, war, terror and bloodshed throughout the oppressed Palestine and the region.”

Iran’s Foreign Ministry also predicted that the Bahraini regime’s move would result in “growing anger and lasting hatred” among the Palestinians, Muslims, and freedom-seeking nations.

It also warned against any act by the Zionist regime meant to create insecurity in the Persian Gulf region, saying Bahrain and its allied governments bear responsibility for its consequences.

On Friday, US President Donald Trump announced the normalization of diplomatic relations between Bahrain and Israel.