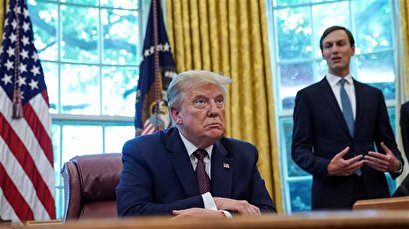 “The agreement reflects the US custody of Bahrain. The Bahraini monarch [King Hamad bin Isa Al Khalifah] and his government act upon US instructions and orders,” Dawood Shihab, a spokesman for the movement, said in an interview with Lebanon-based and Arabic-language al-Mayadeen television news network on Friday night.

He described the deal as “a new and expected political downfall,” after the Arab League dropped a draft Palestinian resolution condemning the agreement between the United Arab Emirates (UAE) and Israel to establish full diplomatic ties, and became a sponsor of departure from Arab consensus, which seeks an end to the Israeli occupation and establishment of an independent Palestinian state on the 1967 borders with East Jerusalem al-Quds as its capital.

In a joint statement earlier in the day, the United States, Bahrain and Israel said the agreement was reached after Trump spoke with Israeli Prime Minister Benjamin Netanyahu and the Bahraini king.