Saturday, 12 September 2020_Long-delayed direct talks between the Afghan government and the Taliban militant group have started in the Qatari capital of Doha, as part of efforts aimed at ending two decades of war in the country. 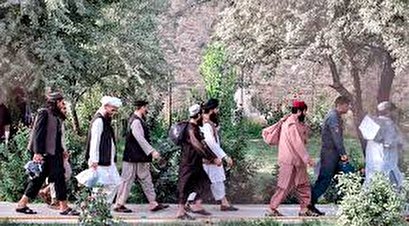 Representatives from the government in Kabul and those from the Taliban arrived in Doha on Saturday for the much-awaited intra-Afghan negotiations, which is also attended by politicians from Afghanistan, international organizations and the United States.

Abdullah Abdullah, who is leading the Afghan government delegation, addressed the opening ceremony of the talks and underscored the need for a lasting peace in the country.

He said that if the two sides join hands "and honestly work for peace, the current ongoing misery in the country will end."

The Afghan government official also thanked the Taliban for their willingness to attend the peace talks, urging the militant group to support a deal that protects the interest of all Afghans.

Qatari Foreign Minister Sheikh Mohammed bin Abdulrahman bin Jassim Al Thani, whose country hosted the negotiations, said the long-warring parties "must make the decisive decision in line with the current challenges and rise above all form of division... by reaching an agreement on the basis of no victor and no vanquished.”

US Special Representative for Afghanistan Zalmay Khalilzad told reporters in a telephone briefing on Friday that the talks raise hopes of the war ending in the country but many challenges still remain.

"This is a new phase in diplomacy for peace in Afghanistan," Khalilzad said. "These negotiations are an important achievement, but there are ... significant challenges on the way to reaching an agreement."

The talks were held one day after the 19th anniversary of the September 11 terrorist attacks on the United States that triggered the military invasion of Afghanistan by American troops.

The intra-Afghan talks were set to take place in March but have repeatedly been delayed over a prisoner exchange agreement made as part of the United States-Taliban deal signed in February.