Sunday, 13 September 2020_Commander of US military forces in the Middle East has again raised concerns about surging attacks against American installations in Iraq, linking it to Iran’s vow to drive out US forces from the region but rejecting it as the reason for a major US troop reduction in the region. 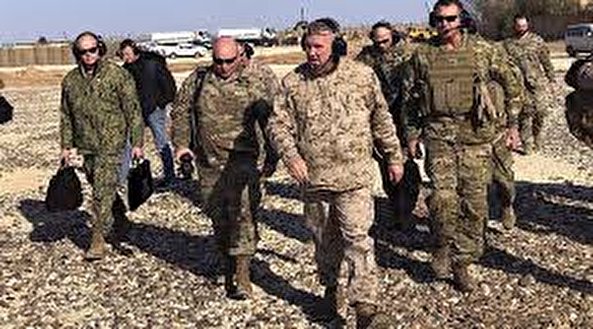 "We have had more indirect fire attacks around and against our bases the first half of this year than we did the first half of last year," said commander of US Central Command (CENTCOM) Gen. Frank McKenzie in an interview with the US-based NBC News published on Friday. "Those attacks have been higher."

"They have not been particularly lethal and that's a good thing, but they are continuing," McKenzie stated during the interview conducted while he toured the Middle East, and when asked why the attacks have not been lethal, he claimed: "They're not hitting us."

"For whatever reason, it may be by design, we don't know, they're just not that successful at hitting anyone. And that's a blessing,"  claimed the American commander "I don't know how long we can count on that continuing."

The allegations were made  just hours after he declared the reduction of nearly half of US forces in Iraq by the end of this month, with almost 2,200 of them leaving the war-ravaged country.