Iran Leader offers condolences on passing away of Ayatollah Saanei 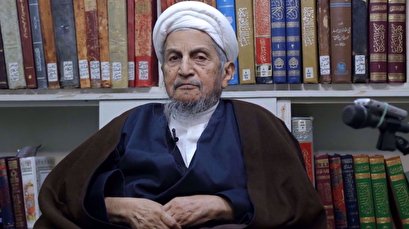 Ayatollah Saanei died at hospital in the holy city of Qom on Saturday, two days after being admitted with a broken hip and wrist. He was aged 83.

In the early years of the Islamic Revolution, Ayatollah Saanei served as the chairman of the oversight Guardian Council and Attorney General of Iran as well as a member of the Assembly of Experts, the body responsible for electing and monitoring the performance of the Leader.

“The deceased was a hard-working student on the principles of Islamic jurisprudence and a close associate of Imam Khomeini (May Allah elevate his position). After the victory of the Revolution, he served in important positions in the judiciary and had other responsibilities. It is hoped that all of this will be accepted by God and lead to elevation of his eternal place. I ask God for His mercy and forgiveness for him,” the message read.

Additionally, Iran’s President Hassan Rouhani said the passing away of the cleric had caused great grief and sorrow.

“This warrior jurist devoted his entire life to serving in various responsibilities and spreading Islamic knowledge and culture of the Ahl al-Bayt, and left a valuable record that is undoubtedly the efforts of this pious scholar in the religious and social fields, and it will always remain in the historical memory of the people,” he wrote in his message.

"I offer my condolences to the seminaries, his students and honorable family, especially Ayatollah Sheikh Hassan Saanei, and pray for him, and wish his entire family patience and health."