Sunday, 13 September 2020_The Islamic Revolution Guards Corps (IRGC) condemned Manama’s move to normalize ties with the Zionist regime, warning the Bahraini ruling regime to brace itself for a harsh revenge from Muslims and advocates of Palestine. 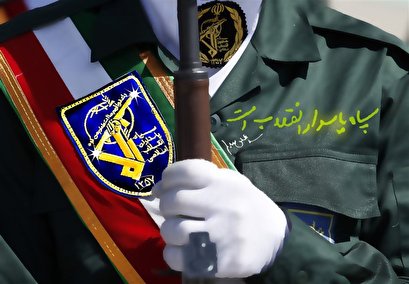 “The disgraceful move by Al Khalifa and the vassal ruling regime in Bahrain to establish ties with the Zionist regime, which was taken against the will and cause of the Muslim people of this country, was a big folly and devoid of any legitimacy and will receive appropriate responses,” the IRGC said in a statement on Saturday.

It added that the conspiracy of normalizing Israel’s ties with a number of Arab countries, which has been engineered by the United States and its “hated and unwise” president, seeks to impose humiliation on Muslim nations, plunder their resources and assets, and ensure security for the occupying Israeli regime, but added that it would never achieve its "malicious goal."

In inverse equation, the statement said, it would boost the power and determination of Muslim nations to “reveal the potential capabilities of the anti-Zionist resistance front to remove the cancerous tumor of Israel from Muslim world geography.”

The IRGC warned the Al Khalifa regime and other puppet rulers against paving the way for the Israeli regime’s infiltration into the strategic Persian Gulf and the Sea of Oman, and said the evil act of the Bahraini regime would fail to have any achievement for the US and supporters of the infanticidal Israeli regime just like other ominous so-called reconciliation plots, Press TV reported.

It emphasized that Muslims, especially the Shiite community of Bahrain, would take harsh revenge on those who brought oppression, terror, violence, war, and insecurity to the region.

The IRGC’s warning came after Bahrain agreed to normalize ties with Israel as part of a diplomatic push by US President Donald Trump.