Iran, US to joust at UN’s top court again

Monday, 14 September 2020_The International Court of Justice (ICJ), the United Nations’ legal arm, is to host another stage of Iran’s ongoing battle against the US’s illegal, unilateral, and inhumane sanctions. 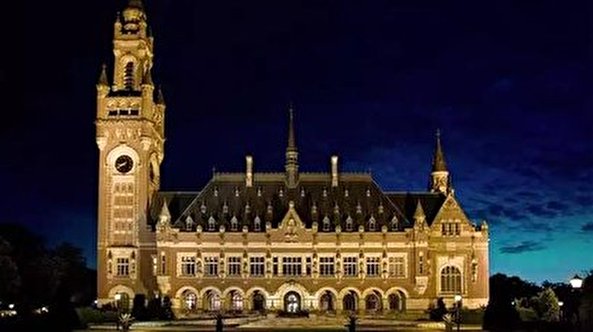 On Monday, the court is expected to hear the US’s argument that it does not have jurisdiction over the case that was brought to it by the Islamic Republic in July 2018.

Washington’s legal squad is to address the tribunal at 13:00 GMT, while Tehran will present its counterarguments on Wednesday.

The Islamic Republic lodged the case with the ICJ some two months after US President Donald Trump’s administration left a multilateral nuclear agreement with Iran and renewed the bans that the deal had lifted.

Suing the US, Iran argued that Washington had flouted a 1955 Treaty of Amity with Tehran by restoring the sanctions.

Washington responded by quitting the treaty. US Secretary of State Mike Pompeo, a vocal Iran hawk, announced the decision on October 3, saying the “decision is 39 years overdue.”