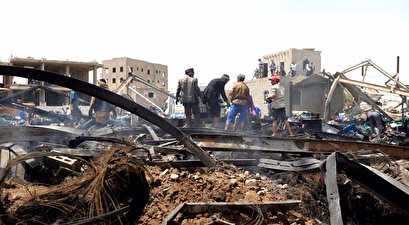 In the Sunday attack, a truck parked in a road in Mahliyah district of Ma'rib province was hit by the Saudi-led coalition's jet fighters.

The warplanes also struck a gas station and several shops located in the district.

In a separate incident, the Saudi warplanes have also attacked the international airport of the Yemeni capital, Sana'a on Sunday night.

No further details have been released yet.

The attacks came shortly after Saudi fighter jets conducted airstrikes on positions belonging to the Houthi Ansarullah movement in Sana’a.