Monday, 14 September 2020_With Iran and Venezuela sidelined in OPEC under sanctions, Saudi Arabia has shown it would rather guarantee US interests through the oil grouping than risk losing American support, current and former OPEC officials say. 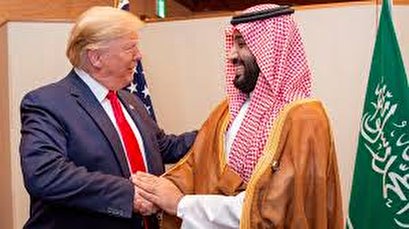 OPEC is marking its 60th anniversary and today (Monday) is the day oil ministers from Venezuela, Saudi Arabia, Kuwait, Iraq and Iran gathered in Baghdad in 1960 to found the group to counter the colonial power of seven US and British oil companies.

This was a historic moment which would transform the oil industry and oil markets, where the countries owning the minerals did not benefit commensurately from the riches which belonged to them and their people.

The founding resolutions stipulate that member countries study how to stabilize prices “by the regulation of production, with due regard to the interests of the producing and of the consuming nations and to the necessity of securing a steady income to the producing countries.”

That was how in 1973, Arab members of OPEC brought the US economy to its knees when they imposed their famous oil embargo as retribution for American support for Israel during the Yom Kippur War.

OPEC as a bloc also resisted US pressure to tamper with market prices for decades, notably in 2011 during the uprising against Libya’s Muammar Gaddafi, but its record over the past three years has largely been one of capitulation - only under the Saudi domination.

Saudi Arabia and other like-minded OPEC members have repeatedly yielded to pressure from Washington to pump more oil since US President Donald Trump took office at the start of 2017.

Trump has regularly called on Saudi rulers to ensure lower gasoline prices to help him win over US consumers.