UAE and Israel have been interacting for some time

Monday, 14 September 2020_The UAE has, as Saudi Arabia and Bahrain have for some time, been in direct contact with Tel Aviv, interacting in diverse areas such as trade and cybersecurity. So why have these two former supposed adversaries decided to “normalize” their relationship at this particular juncture in time? 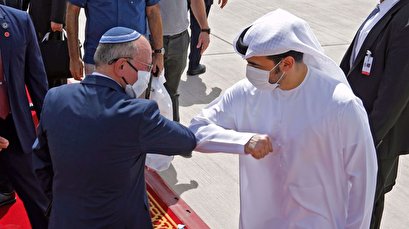 The timing of this so called normalization coincides, unsurprisingly, with the run-up to the presidential elections in the United States of America. With a long list of failures under his belt, including the so-called “Deal of the Century”, Donald Trump was dying for a “tremendous” foreign policy achievement to brag about in his election campaign.

For US president, Donald Trump, this was “great publicity” at a time when the US faces numerous challenges; ravaged by COVID-19 due to administrative incompetence, not to mention the outrage caused by the harsh reaction and police violence against "Black Lives Matter", protestors and the violent response.

Trump has been criticized for the harsh reaction and police violence against "Black Lives Matter", protestors and the violent response. So at that moment, the U.S. presented this normalization as a historic peace deal which was a good PR but most of all it benefits Israel and Israel's propaganda."

By the same token, a shambolic peace pact with an apparently Arab enemy could - at least temporarily - ease pressure on the embattled Prime Minister of Israel.

He stressed that the flights represented the benefits of a genuine peace deal and went on to thank Jared Kushner and Sheikh Mohammed bin Zayed for their contribution.