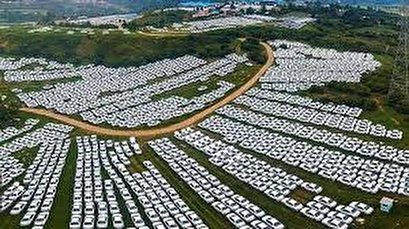 A report by the IRIB News published on Sunday cited figures by the IKCO showing that the carmaker had churned out a total of 220,256 cars between March 20 and September 10.

That is nearly 69,000 more cars than IKCO’s output over the similar period in 2019, said the report, adding that the company had commercialized an additional 184,000 unfinished cars in the first six months of the current calendar year, an increase of 24 percent compared to last year.

The IKCO’s output target for the current fiscal year ending March 2021 is 500,000 cars, showed figures by the company.

Rising output in IKCO, a trend replicated by Iran’s second largest carmaker Saipa, is mainly a result of lower imports of cars into Iran as the country faces growing banking and financial restrictions because of American sanctions.

It also comes amid closures in car plants in February and March when Iran began to report first cases of the new coronavirus pandemic.

Iran’s automotive industry, one of the largest in the world in terms of the size, is speeding up towards indigenizing more technologies as American sanctions have severely disputed supply chains from Western and Asian countries.