Monday, 14 September 2020_Human Rights Watch has criticized Israeli officials for refusing to hand over the body of the nephew of a senior Palestinian official for more than 10 weeks after he was shot dead without apparent justification at a checkpoint in the occupied West Bank. 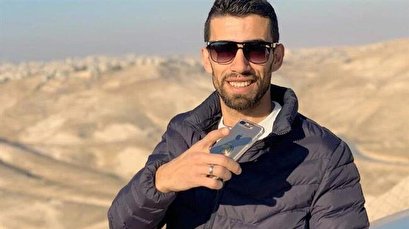 He added, “Preventing Erekat’s family from burying their son in a dignified manner is cruel and without legal justification.”

Israeli forces said on June 24 they had shot and killed a suspect, who they claimed attempted to run over a female officer at a checkpoint in the Palestinian village of Abu Dis, east of occupied Jerusalem al-Quds.

Palestinian officials vehemently rejected the account about the 27-year-old, who was later identified as nephew of Saeb Erekat, Secretary General of the Palestine Liberation Organization (PLO).

His family said he had spent the afternoon running errands in preparation for his sister’s wedding that evening.

Ahmad was “executed” by the Israeli police, his uncle Saeb told AFP at the time, adding that he held Israeli Prime Minister Benjamin Netanyahu responsible for “the crime.”

He dismissed Israeli police allegation of an attempted car ramming as "impossible," saying that Ahmad was due to be married himself later in the week.

“This young man was killed in cold blood. Tonight was his sister's wedding. What the occupation army claims, that he was trying to run someone over, is a lie,” the PLO chief pointed out.