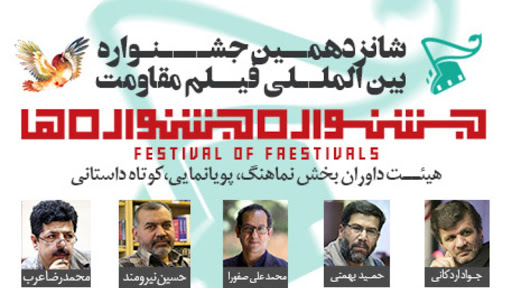 The selecting board of Iran’s 16th Resistance International Film Festival also has announced the names of the short fictions, video clips, animations, short and feature-length documentary films of the festival of festivals sections.

A number of 10 short and 12 strength-length documentaries, 9 short fictions, 6 video clips and 7 animations are competing in these sections of the event.