Tuesday, 15 September 2020 (YJC)_Trump's approval on the coronavirus lands at 35% in a new ABC News/Ipsos poll. 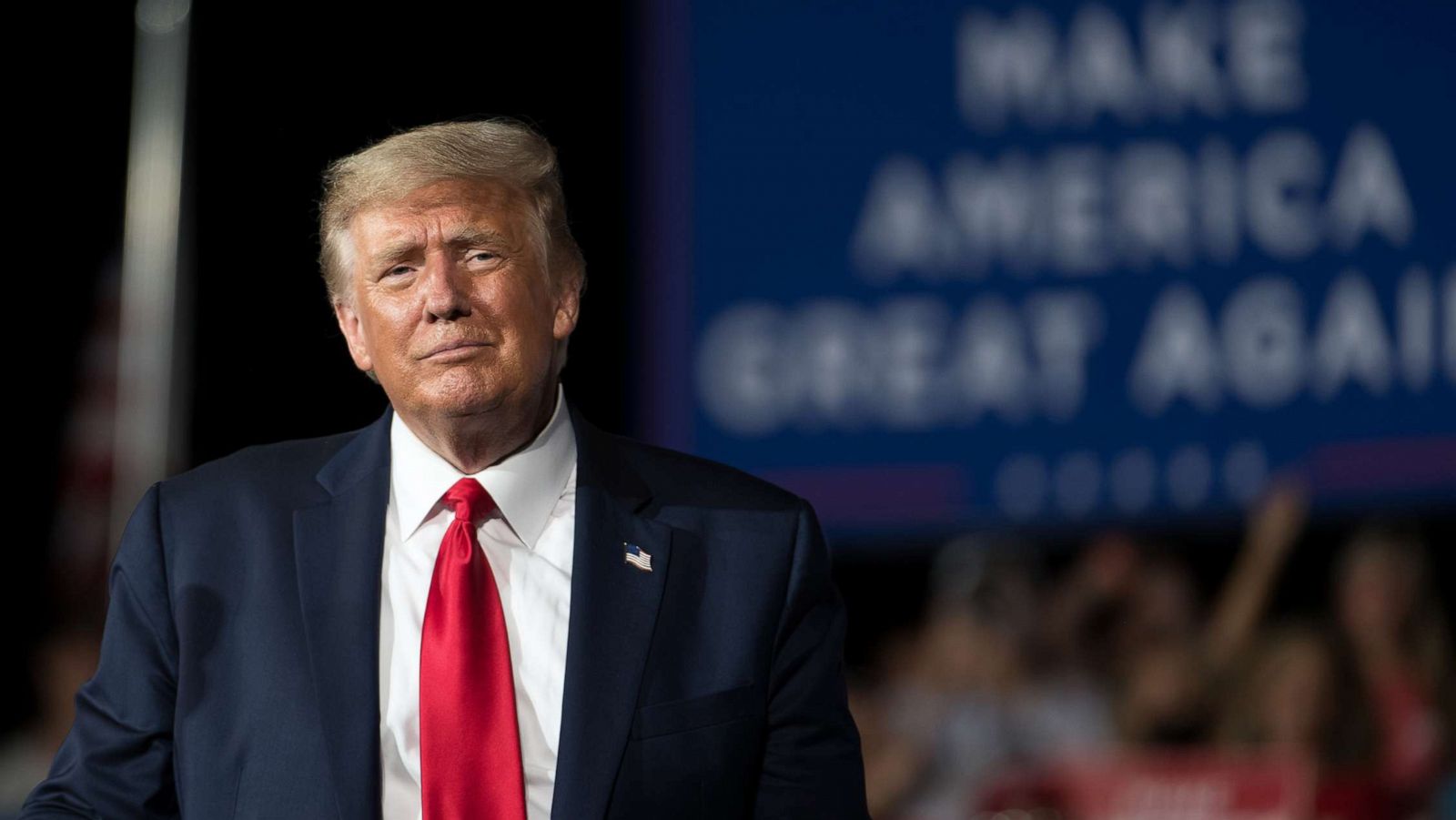 Most Americans are skeptical of President Donald Trump's performance on the coronavirus pandemic -- disapproving of his response, disbelieving of his rhetoric on the virus and critical of what they view as his lagging approach to containing it, a new ABC News/Ipsos poll finds.

Trump's approval for his handling of COVID-19 lands at 35% in the new survey, which was conducted by Ipsos in partnership with ABC News using Ipsos' Knowledge Panel, compared to 65% who disapprove. This marks the fourth straight poll with Trump's COVID response approval hovering in the low-to-mid 30s since early July.

In six months of polling on the virus, Trump's approval for his stewardship on the pandemic reached a low of 33% in a July 10 poll, after reaching a high in the early days of the crisis -- 55% in a March 20 poll.

With deep fissures along partisan lines, Trump continues to face hurdles expanding beyond his base support on this particular issue. Although 80% of Republicans approve of his handling of the pandemic, only 31% of independents and 5% of Democrats say the same. One in 5 Republicans and an overwhelming 95% of Democrats and 69% of independents disapprove of his response to the coronavirus.

Roughly two-thirds of the country think the president acted too slowly in responding to the outbreak and also distrust what he has said about the coronavirus -- a precarious reality for Trump who is facing reelection in less than two months in a campaign largely seen as a referendum on his response to the unprecedented crisis.

The new poll was conducted at the tail end of a controversial week for the president.

Trump, who was dogged by criticism from the onset of the coronavirus pandemic for a slow-moving response, is contending with renewed scrutiny after it was revealed that the president told journalist Bob Woodward he deliberately minimized the threat of the pandemic to the public earlier this year, according to reports from both CNN and The Washington Post.

"I wanted to always play it down," Trump said on March 19, just days after he declared the coronavirus crisis a national emergency. "I still like playing it down, because I don't want to create a panic."

It appears the release of the audio tapes of Woodward's interview with Trump had little impact on the country’s negative views of Trump's approach and leadership on the major crisis of his presidency.

The percentage of Americans who distrust what Trump says about the coronavirus pandemic is similar to an ABC News/Washington Post poll from mid-July, in which only 34% of Americans trusted the president on the virus, while 64% were wary of his rhetoric.

And even members of Trump's own party are worried about his efforts to manage the coronavirus -- with Republicans more divided in their trust in his approach to the pandemic than in their doubts of his chief rival, Joe Biden.

Just over one-quarter of Republicans (28%) believe Trump responded too slowly to the coronavirus, and 26% have reservations about his rhetoric. Over two-thirds of Republicans said he moved at the right pace (69%) and trust what he has said about the pandemic (74%).

The number of Republicans who distrust Biden jumps to 90%, compared to 10% who trust what he has said.

Those aren't the only cracks in Trump's base.

Half of white Americans without a college degree view Trump's response as lagging behind where it should have been (50%) and are skeptical of what he has said about the coronavirus (51%). Just under half believe he responded at the right pace (48%) and are trusting of him (48%)

Meanwhile, two-thirds of white Americans without college degrees are skeptical of Biden, while one-third are confident in the former vice president's rhetoric.

For Biden, most Americans are split in their trust of what he has said on the virus, with a slim majority (51%) believing him, compared to 49% who are more skeptical.

Among his own base, Biden is trusted by 85% of Democrats, a higher show of support than Trump with Republicans, while 15% are more doubtful.

Beyond the coronavirus, Trump was already mired in controversy this week after The Atlantic published an explosive story on Sept. 3 detailing alleged criticism the commander-in-chief made about members of the U.S. military -- with unnamed sources claiming he called them "losers" and "suckers" and questioned their motivations for pursuing a service career.

Most Americans, by a 2-to-1 margin, think Biden has more respect for those who serve in uniform than Trump does.

Among Republicans, Trump is seen as the candidate with more respect for those in the military than Biden, 81% to 16%. Among Democrats, the numbers reverse, with 93% saying Biden holds more esteem for the armed forces, compared to 7% who said the same of Trump. Biden also leads among independents, with 65% siding with him, over Trump's 35%.